Skip to content (Press Enter)
Home>Events>Film Screening>The Emissary, a Sci-fi Feature Made in Door County, Next GNG Dinner and a Movie, March 8

Meet for a screening Q&A with Tim and Holly Erskine, the multi-talented Ellison Bay couple that created the first sci-fi epic adventure film shot entirely in Door County, featuring a talented cast of local actors at the next Greens N Grains Dinner and a movie Night, March 8. 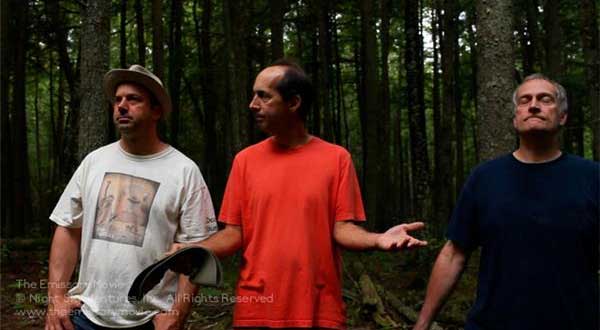 When a lone space traveler named Koyper (Peter Ciesla) lands his rocket ship in Newport State Park, only to be witnessed by three Door County locals out on a sunset meditation walk, a life-saving and heartwarming adventure begins with The Emissary. Since its release in 2015, the film has been loved by audiences near and far, perhaps because of its underlying philosophy of mindfulness.

“You live in a magical place on a magical world – never forget that,” Koyper explains to the Earthlings. “Being mindful of your moments is the greatest gift you can give yourself.”

The Emissary is described as a comical, science fiction adventure but it’s also a love story, a love of science, astronomy and each other shared by Tim and Holly. The film they created reveals the secret of their success, one you will surely take home with you when you learn to identify the three legs on the chair of happiness.

After the screening, Tim and Holly may speak about their passion for the International Dark Sky Association, a campaign to reduce light pollution, especially relevant to Door County. Holly, an amateur astronomer, even discovered an asteroid and named it “Tim Erskine” as a wedding present. Tim speculates that it will threaten and possibly destroy the Earth in the year 2816 A.D. without human intervention.

Join them on Thursday March 8 when Greens N Grains Café in Egg Harbor offers a natural and organic dinner special each evening before the screening. Enjoy a delicious soup specialty, a salad, bread and a cup of tea for $9.50, available from 6 pm on. Dinner and a Movie Night screenings take place at 7 pm and there is no charge to attend, but seating is limited to 20 people with preference given to dinner guests.